Environmental Award for Hayco Plant in the Dominican Republic 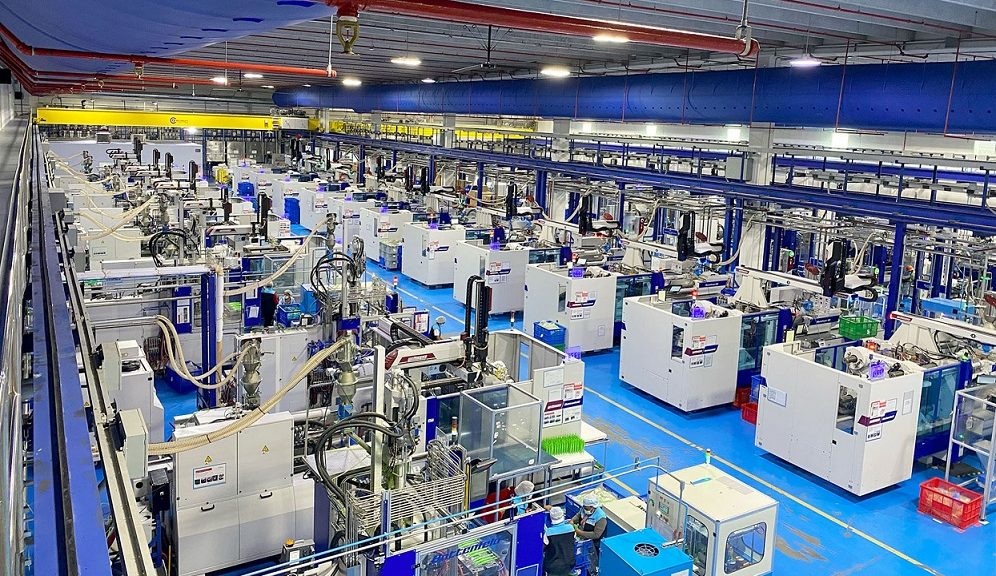 The “Donald Espie Hay Building”, opened by Hayco in the Las Americas Free Zone Park, Dominican Republic in 2017, has been awarded the LEED (Leadership in Energy and Environmental Design) platinum certificate by the USGBC (US Green Building Council.) One deciding factor in this success story was the significant amount of energy savings achieved by the use of injection molding lines from WITTMANN BATTENFELD.

Hayco, based in Hong Kong, is a globally leading manufacturer of durable consumer goods for daily use, which has been successfully operating three production sites in China for more than 35 years. In 2015, Hayco decided to establish a production plant in the Dominican Republic to optimize its deliveries to the USA and Europe.

Right from the start in August 2016, this building project was planned according to the standards of the LEED Initiative. Donald Hay, founder of Hayco, personally committed himself to take actions as specified by the LEED Initiative in planning and constructing the production facility. So it was also an obvious choice to give his name to the building, where 2,000 people are now employed.

The most important contributing factors to winning the LEED platinum certificate were:
– local procurement of building materials
– 40 per cent reduction in electricity consumption by using injection molding machines from WITTMANN BATTENFELD
– installation and complete use of 1.5 MW solar electricity generated on the roof of the building
– substantial cuts in energy and water consumption by using water technology with low flow rates and adjustable LED lighting
– covering of green areas with native plants, which need no watering
– use of public transport by company staff
The Donald Espie Hay Building is equipped with servo-hydraulic injection molding machines from the SmartPower series and large machines from the MacroPower series, as well as robots, auxiliary appliances and a central materials handling system from the WITTMANN Group. A total of 82 machines are installed in the Donald Espie Hay Building.

Apart from their compactness and user-friendliness, the servo-hydraulic machines from WITTMANN BATTENFELD stand out above all by their intelligent, economical use of energy. Their high level of energy efficiency is primarily due to the combination of a fast-response, speed-controlled, air-cooled servo motor with a robust fixed displacement pump, known as the “Drive on Demand” system. “Drive on Demand” means that the drive unit is only activated as long as required for movements and pressure generation. During cooling times and cycle breaks for parts handling, the servo drive remains switched off and consumes no energy. In operation, “Drive on Demand” is the basis for highly dynamic control of machine movements and minimized cycle times. This results in a high standard of regulation accuracy combined with improved repeatability and time savings in axis movements. “Drive on Demand” achieves in a demonstrably lower energy consumption compared to systems using servo-controlled, dual-circuit pump technology or electrohydraulic drives.

Christopher Hay, CEO of the Hayco Group, is very proud of his company having won the LEED platinum certificate for the Donald Espie Hay Building. “Hayco is one of only 5 manufacturing facilities in all of Mexico, South and Central America to have received this award”, he says and continues: “Hayco has set itself the goal of being a leading company in the area of sustainable production, hoping by this example to encourage other production companies to construct sustainable buildings.”

WITTMANN BATTENFELD shares Hayco’s happiness and warmly congratulates them on their success. 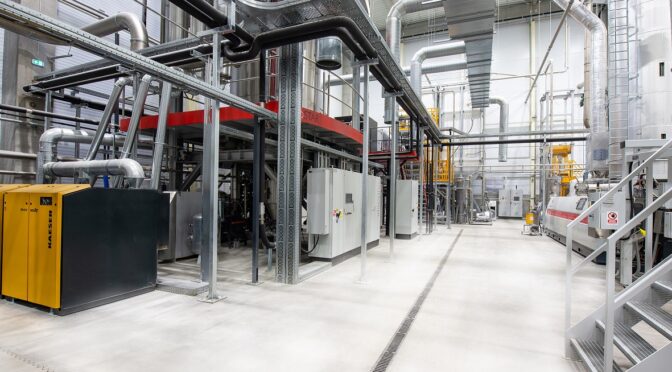